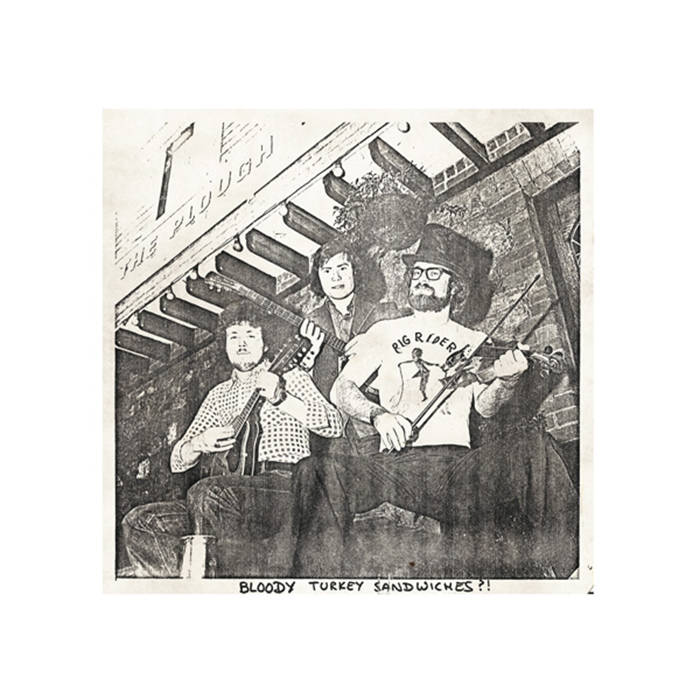 “Bloody Turkey Sandwiches” is another ultra-rarity by British psychedelic folk band Pig Rider: only six copies were originally privately pressed by custom label Deroy in 1974. The music here is much in the same vein as their famous “Heterophonies” album but even more crazed. Some of the tracks bring to mind the more experimental side of Olivia Tremor Control, Black Swan Network and Elephant 6 bands…but only 20 years before those bands existed!

Electric acid folk with stoned homemade atmosphere, lo-fi sound, bizarre & funny lyrics, effects, backward bits, surreal humour, psychedelic skiffle and old-timey music hall parodies a la Bonzo Dog Band, brilliant folk-rock-pop and titles like “Interdrive Overstella”, “Be Glad For The Song Has An Ending”, “Pus In Our Time” and “Have you seen your neighbour in the bath”.

You can buy the LP/CD at: www.guerssen.com