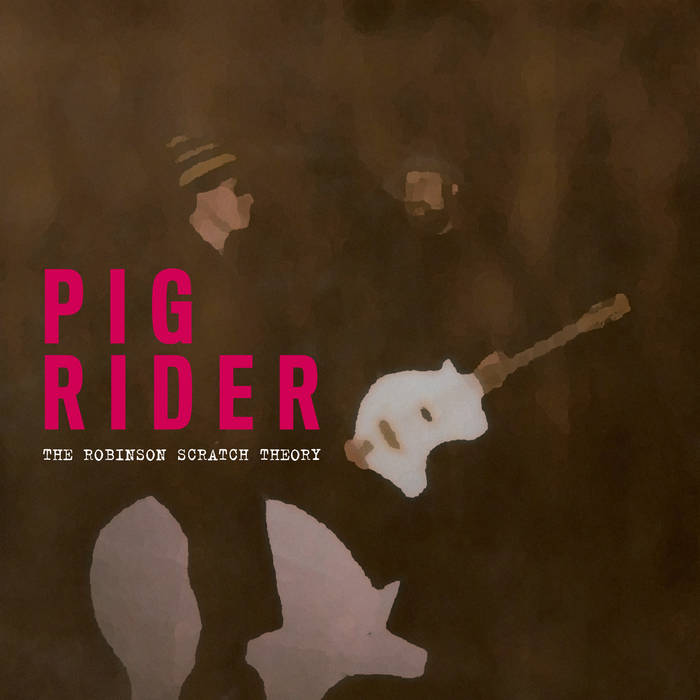 Pig Rider were formed in Kent, UK, in the late 60s by John Mayes and Colin Kitchener. With the help from some friends they recorded and self-released a series of acetate only psych-folk albums in the mid-70s (“Heterophonies”, “Bloody Turkey Sandwiches”…) which are prime examples of early DIY psychedelic music, highly sought-after since a review of “Heterophonies” appeared on the Galactic Ramble book.

In 2013, collector Alexandre Mansuy (from the influential “Somewhere There Is Music” blog), having only listened to their “Heterophonies” album, found John and Colin and was astonished when they told him their story: “Heterophonies” was only one of their many, many great recordings, 22 in all, including 45s, acetates and tapes. Those included complete, and to date unperformed, opera for schools, a song-cycle about Luton, a town they knew nothing about; songs designed to be played backwards, songs which are slightly offensive and others which are too offensive to play at all, anywhere, ever.

Starting with “The Robinson Scratch Theory”, a compilation featuring tracks originally recorded between 1980 and 1986 and released as private cassettes. Pig Rider’s sound bring to mind obscure DIY bands like Desperate Bicycles, Instant Automatons or Beyond The Implode but only if those bands knew how to write catchy and well-crafted songs. But the most amazing thing is that Pig Rider were creating this kind of music for their own amusement without any knowledge of the post-punk or DIY movement. Although they were listening to bands like the Bonzos, Pink Floyd and The Misunderstood - “I played their “Children Of The Sun” 45 until the groove was worn out! - says Colin, Pig Rider claim the main influence on what they played was the availability of instruments and what they could do with them - not always what they were designed for and always pushing their limits. “We listened to everything, but copied nothing, which is why Pig Rider doesn’t sound like anything else”, says John.


We’ll follow our Pig Rider reissue campaign in July with two of their ultra-rare 70s acetates reissued for the first time: “”Bloody Turkey Sandwiches” (1974) and “Heterophonies” (1975).

So, welcome to the twisted world of one of the truly pioneering DIY psychedelic-pop bands.

“We didn’t try to copy anyone else’s style because they were better at it than we were!” – Pig Rider


Compiled by Alexandre Mansuy (Somewhere There Is Music)

“…How can it be possible that a band like this, with such a huge and fantastic catalog stayed in the shadow all these years? There is no other example like this in the music history, as far as I can think of, making it one of the more interesting band ever. Pig Rider could be the first truly DIY band predating The Desperate Bicycles by a few years…” – Alexandre Mansuy (Somewhere There Is Music)

All tracks were written, performed and produced by John Mayes and Colin Kitchener.